Victor Hugo famously wrote that “nothing is more powerful than an idea whose time has come.”

But what if the idea is yours.

How do you know when it’s time has come? Where do you look for proof?

Do you wait to go to market until the world agrees with you until your idea is accepted by so many people (or the right people) that you know it surely can’t fail? Or, do you find the courage to forge ahead with only a deep faith in yourself, in the power of your idea, in your capacity to bring it to the world? 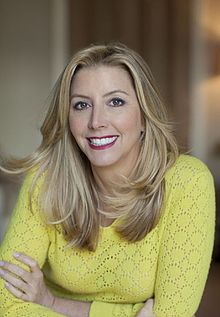 Sara Blakely, the founder of women’s apparel giant Spanx, took the latter path. Interestingly, her willingness to do that was borne from a set of unconventional attributes — her Super Powers — that every would-be Vision Master should consider emulating. I’ll detail each of these in this post.

Here’s one possible reason:  unconventional behavior gains attention in a world where just about everyone has extremely short attention spans. I’ve written extensively on how to stand out from the crowd by doing things differently from everyone else when it comes to raising capital. Forging trust, being coach-able, paying attention to team chemistry are all things that make you unconventional when everyone else is pitching their idea, their vast market, their projection, their exit. Be unconventional, get noticed. Get noticed, increase your chances for funding.

AND there’s a lot more that happens when you as Vision Master embrace the unconventional.  I’ll cover more of that next week.  For now, let Sara Blakely show what being unconventional leads to:  In short, you get to do it your way. Here’s how Sara Blakely did just that. 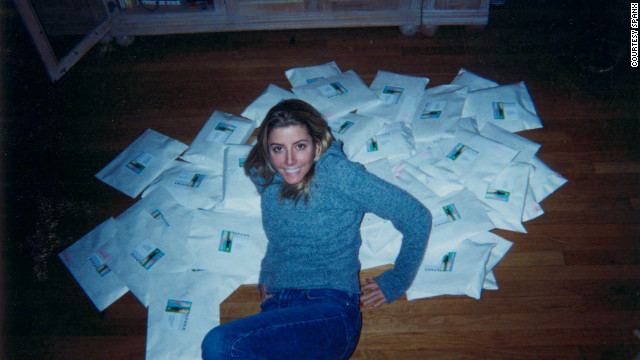 Blakely relates that as a child her father would ask her each evening whether she had failed at anything that day. When she answered “no,” he’d tell her that she didn’t challenge herself enough that day. That early encouragement to embrace failure, Blakely says, provided her with a unique viewpoint about life. It was ok not to be perfect. In fact, it was better to be imperfect. Blakely credits this “reframing” of failure as the key thing that enabled her to persevere in sales for many years, despite constant rejection. This set the stage for her early experiences in championing the Spanx opportunity to hosiery manufacturers, nearly all of which rejected her initial pitch out of hand.

Despite her massive success, Ms. Blakely retains a healthy self-honestly about her shortcomings, perhaps an important reason she puts excellent people around her. Laurie Ann Goldman is a good example. Blakely hired Goldman as her CEO in 2002. Goldman remained in that post for ten years, directing the daily affairs of the company so Blakely could focus on what she did best — sales and marketing — while Goldman managed other critical areas. This successful pairing transformed Spanx from a noteworthy startup to a leading player globally in apparel. Readers of this blog will note that I generally advise Vision Masters to retain the position of CEO, hiring Execution Masters for the COO role. Nonetheless, Blakely’s unconventional approach worked because she knew her limitations, something all Vision Masters can learn from.

I’m a scientist who embraces the notion that rational processes are at the center of all successful businesses. So I was somewhat dismayed yet intrigued to read that Ms. Blakely credits “The Universe” for gifting her the idea for Spanx. As she describes it, frustrated with her sales career Blakely wrote an intention in her journal one evening: To develop an idea that made life better for millions of people. Then she sent that intention out to the ether and waited for the answer. When one explores this story more deeply what emerges is that Blakely had worked for years at reframing her negative self-talk. Research shows that we have between 12,000 and 60,000 thoughts in a typical day, 80% of which are negative or fear-based.

By consciously working with those negative thoughts, Blakely put herself in a position to believe in herself, despite failure or rejection. In other words, that evening when Blakely wrote the intention that one day became the idea for Spanx, she did it from a position of believing that she would absolutely accomplish the intention. She wasn’t waiting for a gift from the Cosmos, but rather trusting in it and in herself that any powerful intention she had could be manifested. When the “answer” appeared, she was in a place to receive it, to recognize it, to act on it. Vision Masters would do well to work on reducing or eliminating negative self-talk.

I’m not recommending that you declare yourself infallible, then go about your business from a place that you can never make a mistake, never have an errant idea, never need anybody else’s input. Act that way if you want nobody talented to work for you, no experienced mentor to coach you, no investor to fund you. What I am suggesting is that you reign in the kind of negative self-talk or fear-based thinking that hinders your ability to take calculated risks, think unconventionally, articulate bold visions, make critical decisions when needed. The world needs Vision Masters that feel the fear but move ahead anyway, that hear the negative thoughts, but ignore them in favor of honoring their vision. That’s what Blakely did. Today, she’s worth a cool billion.

Super Power #3 — Refusing to Sell Out on Her Vision

Readers of this blog know that I’ve devoted a lot of space over time to the art and science of getting funded. But, for a moment I’ll put that aside to say that it is possible to scale a business from start-up to market leader without any outside funding (equity or debt) or a large amount of seed capital from yourself, your friends, your family. Ms. Blakely did just that, parlaying $5,000 into a billion dollar company. She obviously had a great team. She caught a couple of good breaks, too.  (There was no doubt operating financing along the way, but as far as I know, not traditional venture or angel capital.)

The point here is not to abandon your current path if you’re out raising capital because most companies will need outside investors. The point is that the reason Blakely avoided taking on equity investors is that she was not willing to compromise her idea through the influence of investors who might question her choice of materials, suppliers, pricing structures, etc.  Perhaps she believed it would be a fruitless task, that she wouldn’t be taken seriously. There is, after all, still a huge gap in investor funding between ventures founded by men as opposed to those founded by women.

Perhaps Blakely simply made the assumption that she would have to make those “Solomon’s Choices” if she took on investors.  It’s a reasonable assumption, but there are ways to minimize the control of investors upon your vision. I work with entrepreneurs every day to teach them how to be the sought after star, the one that investors really want, therefore to negotiate deals from a position of strength. You can do that successfully if you know how. Blakely did it the unconventional way, no outside funding. But it’s just as unconventional to take the funding if you need it, without selling your vision in the process.

Ms. Blakely has demonstrated the willingness to take bold action that required her to put her pride aside in support of her purpose. She scored her first retail deal by repeatedly cold calling buyers for major chain stores until someone agreed to a meeting, then challenging her counterpart in the meeting to go to the bathroom to try on the Spanx undergarment. It worked, leading to a seven-store deal with Neiman Marcus. She then called virtually everyone she had known since grade school, imploring them to go to Neiman Marcus and buy her product, in exchange for a check to cover the cost of the purchase that she’d mail them. Again, bold action through setting her pride aside worked. Neiman Marcus couldn’t keep the product in stock so they ordered more. That all led to being discovered by Oprah, then selling 8,000 units in six minutes on QVC. Yes, those were fortunate breaks, but neither of them would ever have happened had Blakely not doggedly reached into the abyss of rejection again and again, willing to be the fool to gain the prize of success.

I realize that a strong, healthy sense of self-worth is important to success in a competitive world. But the willingness to set pride aside, to ask for help, to pursue every opportunity even if it requires you to risk your reputation, can mark the difference between success or failure. I believe Blakely always took herself and her vision seriously, AND she ALSO took the risk of being the fool in others’ eyes in order to see that vision become grounded in reality. I can tell you that had she been out looking for funding, some savvy investors would have had high regard for Ms. Blakely’s dogged, unconventional approach to getting a toehold in her market.  She might have succeeded in raising investment capital by being unconventional, yes, AND by being sufficiently unconventional, she didn’t need it.

It’s readily apparent that Sara Blakely is a true Vision Master. She makes a quality product that millions of women love, that they believe makes their lives better. She did it her way.  Her way included hiring, then trusting an Execution Master that she made CEO. Her way included an uncompromising commitment of quality to her customers. Her way included being humble, literally begging for meetings, then the support of even the most tangential of her contacts.

Blakely can look back on her career with a nod to Frank Sinatra, say . . .

“Yes, there were times, I’m sure you knew
When I bit off more than I could chew
But through it all, when there was doubt
I ate it up and spit it out
I faced it all and I stood tall
And did it my way.”

Vision Masters: Consider the unconventional path to success. I promise that you’ll stand out in the crowd, you’ll gain the respect of investors and you’ll benefit by the hidden benefits of being unconventional (to be revealed next week.) You’ll do it your way and nobody on Earth can do your way as well as you can.